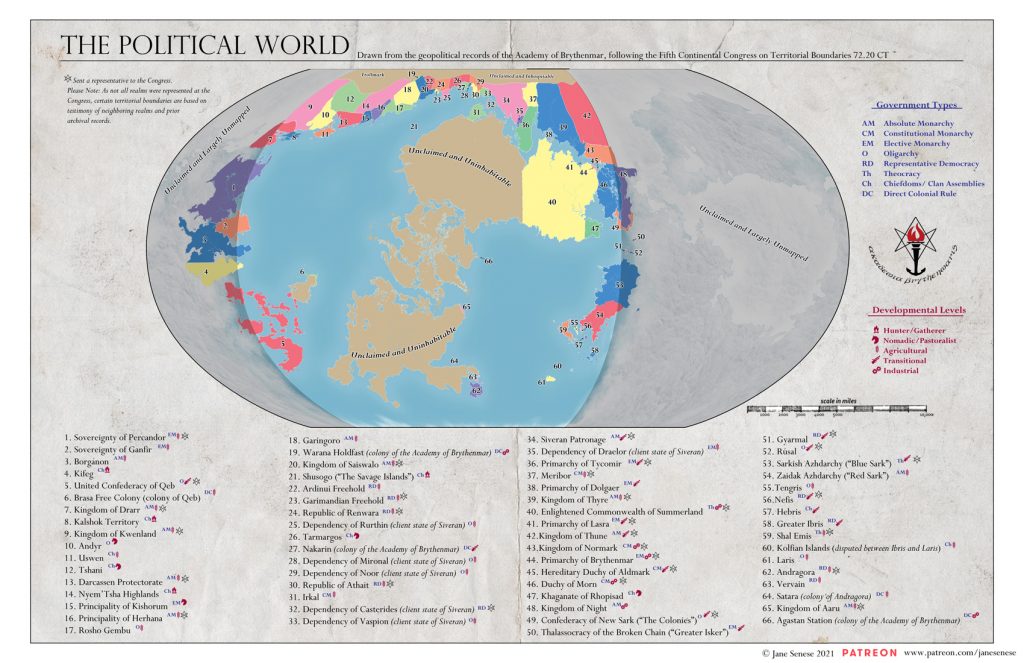 The Fifth Continental Congress was a great success. Representatives from thirty sovereign realms answered the Academy’s invitation, and despite attempts from Summerland and Siveran to claim additional territories, the Adepts of Geography were able to compile a political map of our world which all represented realms were – eventually – able to endorse. *

*It should be noted, that in cases where the realm was not represented, that the developmental designation assigned is based strictly on secondary sources, and may prove inaccurate, particularly in the case of more insular realms.  As always, publications by the Academy of Brythenmar must be deemed “as accurate as possible.”

Here’s where you can find information on the nations of Bifrons, as well as religion, society and important historical events. Click to embiggen. 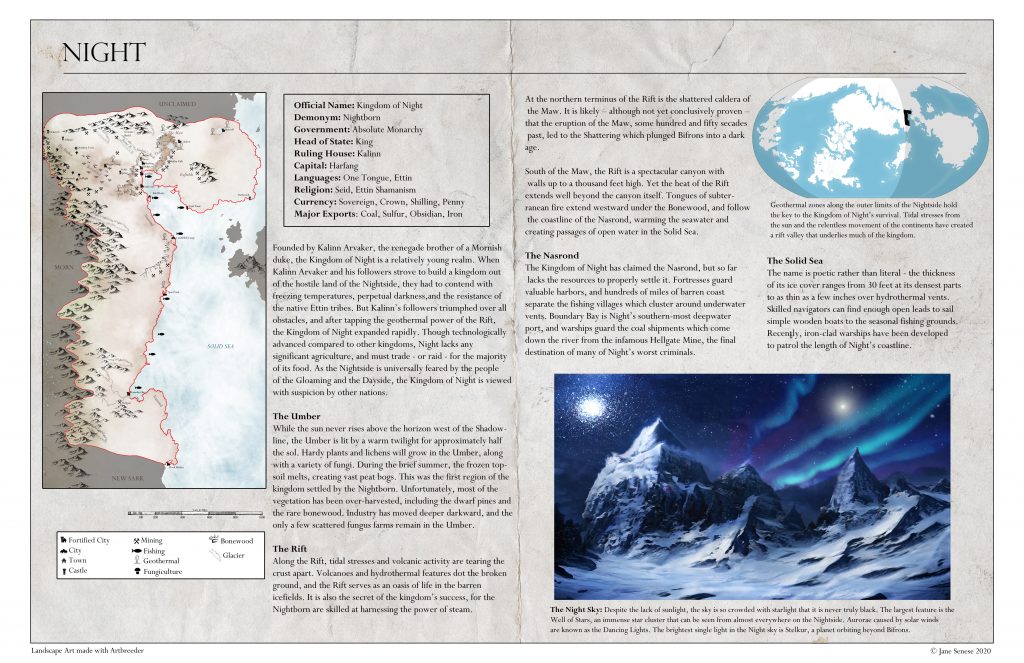 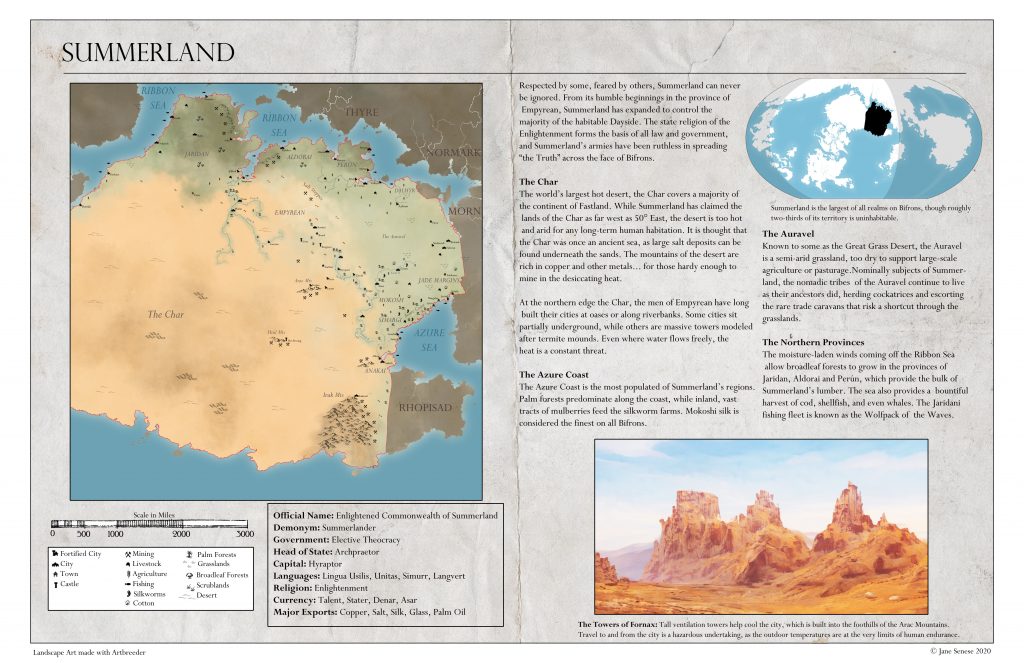 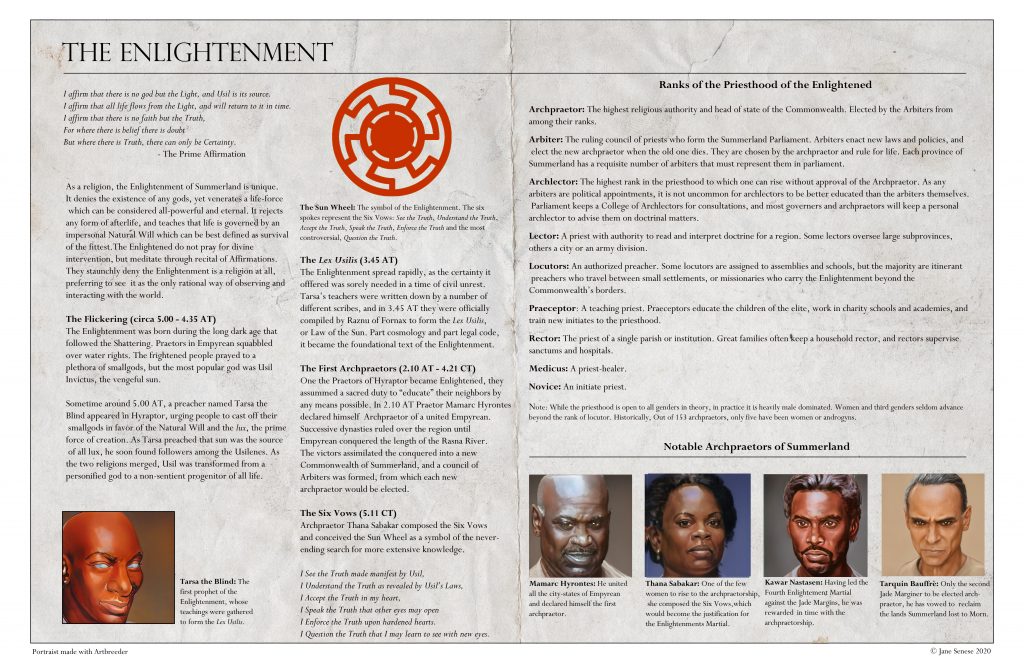 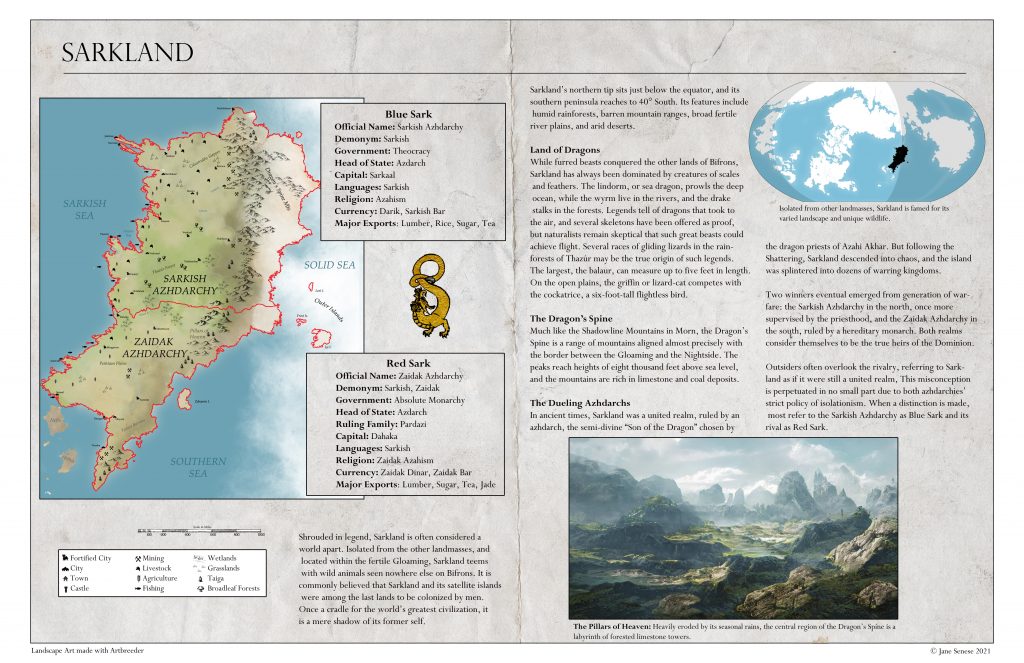 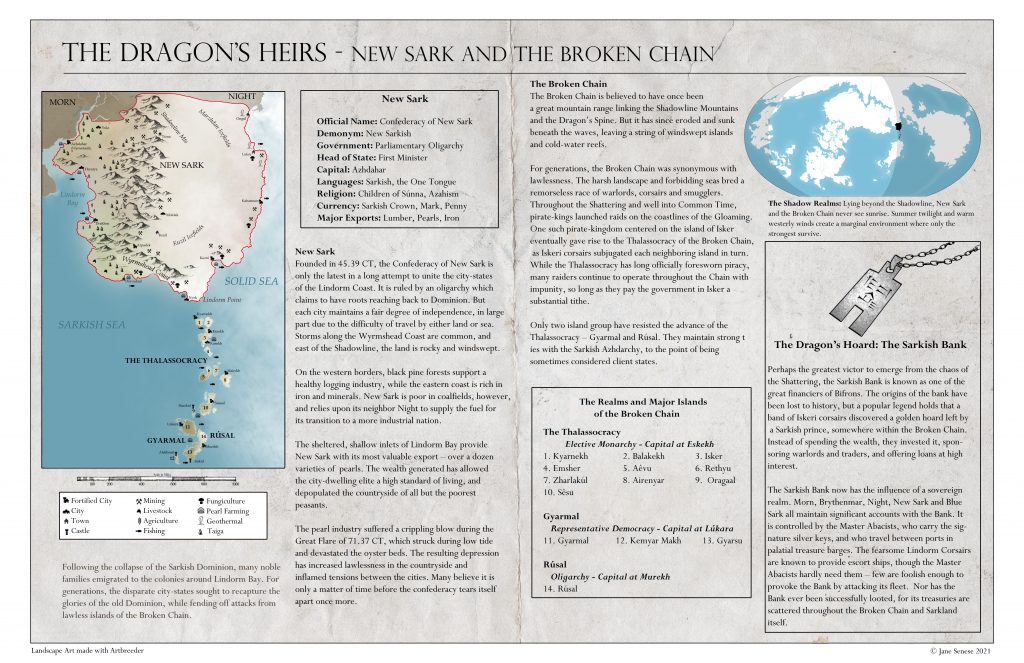 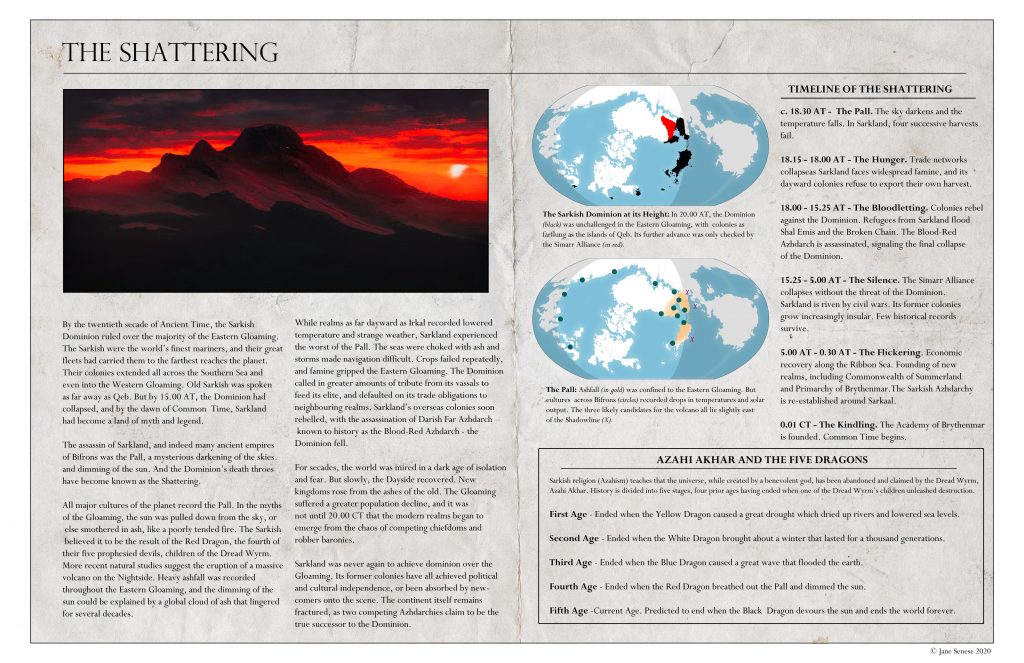