Bifrons is a planet roughly the size of Earth, in a close orbit of its sun, Usil, a red dwarf star. Because of its close orbit, it is tidally-locked – one hemisphere perpetually faces the sun, the other faces away. the Dayside is covered in deserts, and a perpetual hurricane rages at the subsolar point. But for some small oases around geothermal vents Nightside is devoid of all life. But due to a slight orbital wobble, a small band experiences a day-night cycle that lasts the equivalent of 60 days on Earth.  While Bifrons’ thick atmosphere helps distribute heat and moisture between the hemispheres to some extent, this is a planet of two very different characters.

The human inhabitant of Bifrons – no, there’s no lost colony, they just happened to evolve there in a masterwork of convergent evolution! – are at a roughly 18th-19th level of tech. So it’s not unreasonable they have mapped the majority of the Dayside. The Nightside is a lot harder to explore, but I’ve handwaved it a little by deciding that the “educated guesses” by the world’s best geographers tend to be uncannily good. A shame they won’t recognize it for another several hundred of our years.

The cartographers and historians of the Academy of Brythenmar are considered the best in the world. Below are excerpts from their treatises on the natural world. Click to enlarge. 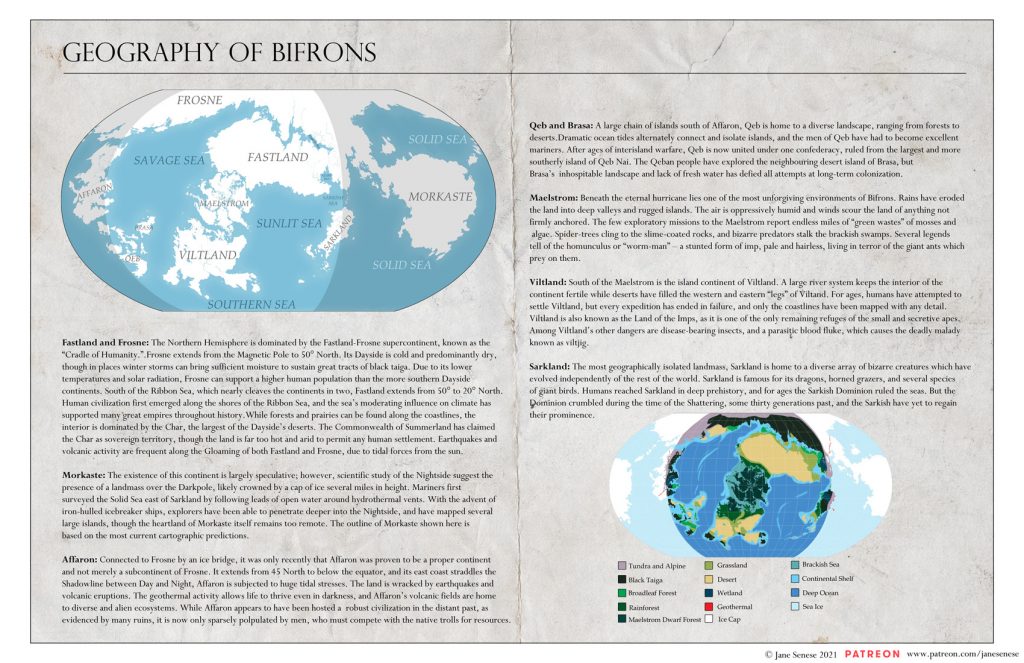 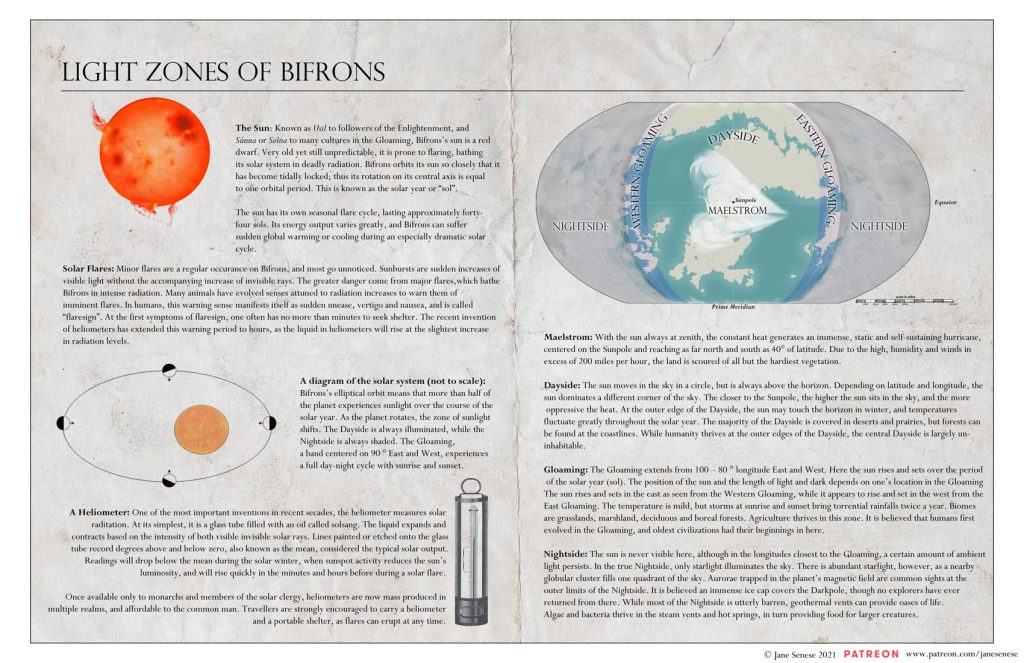 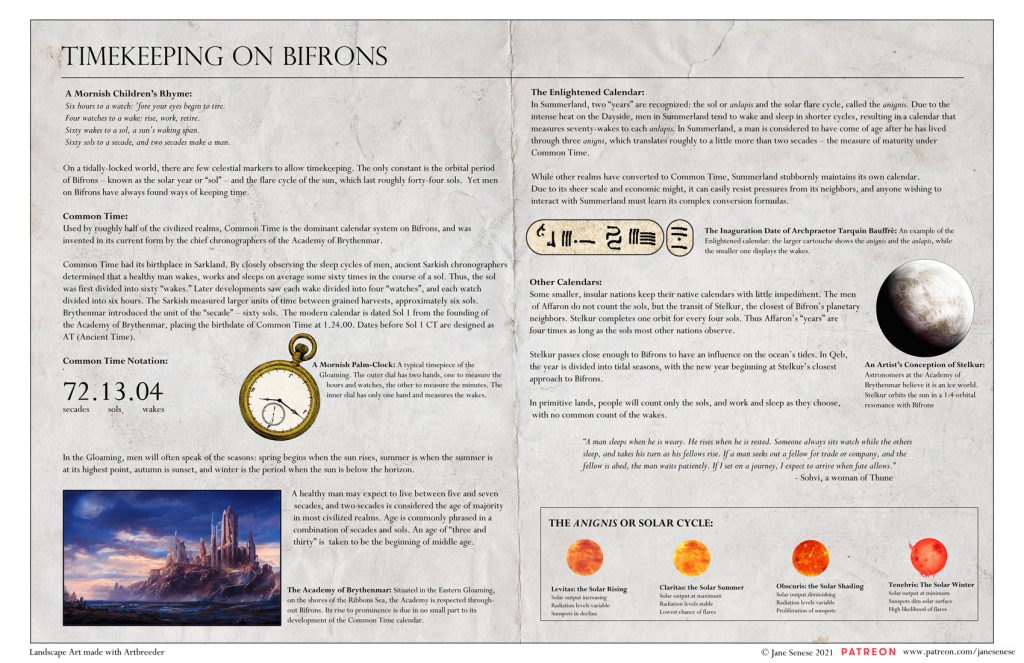 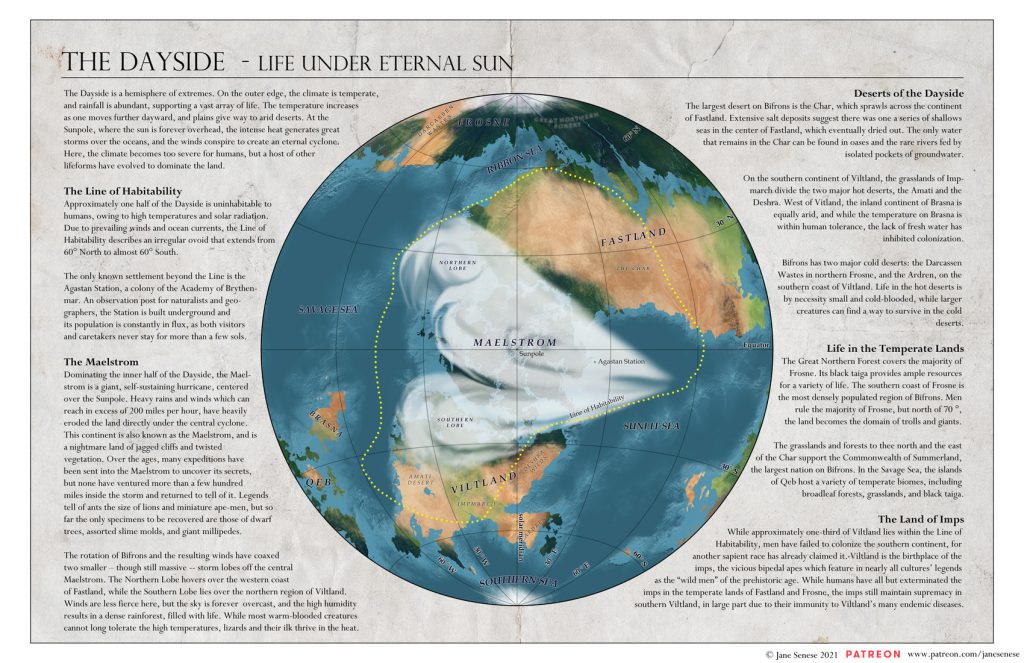 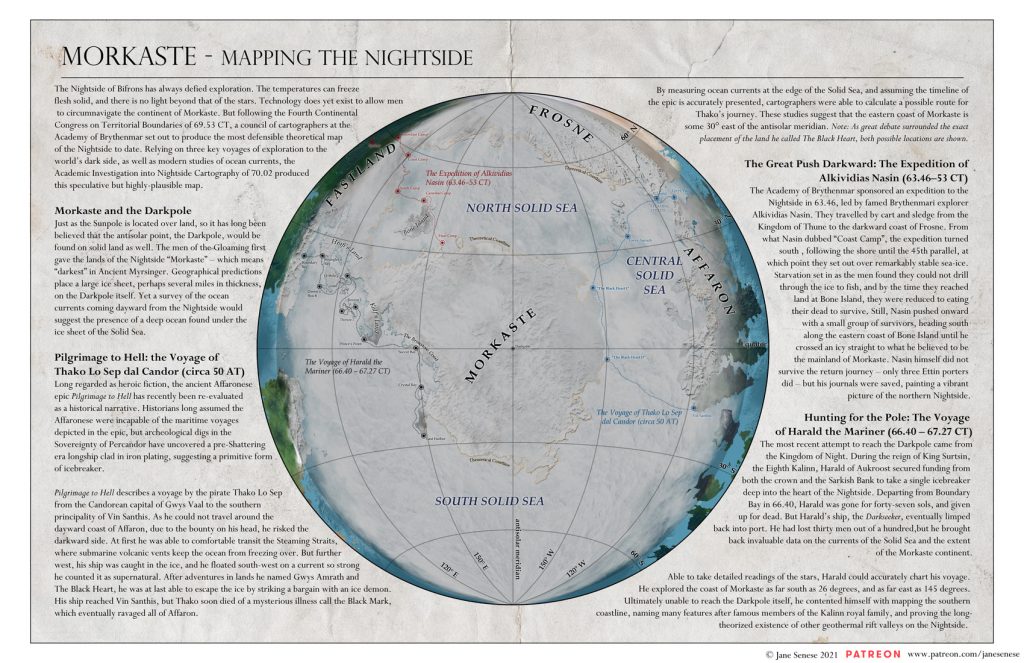 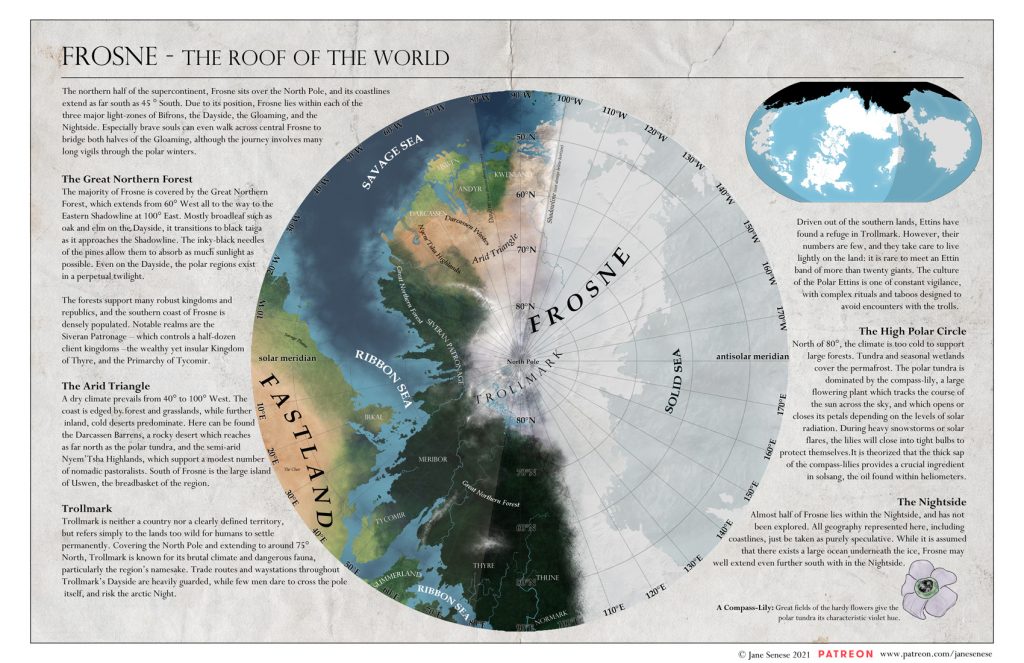 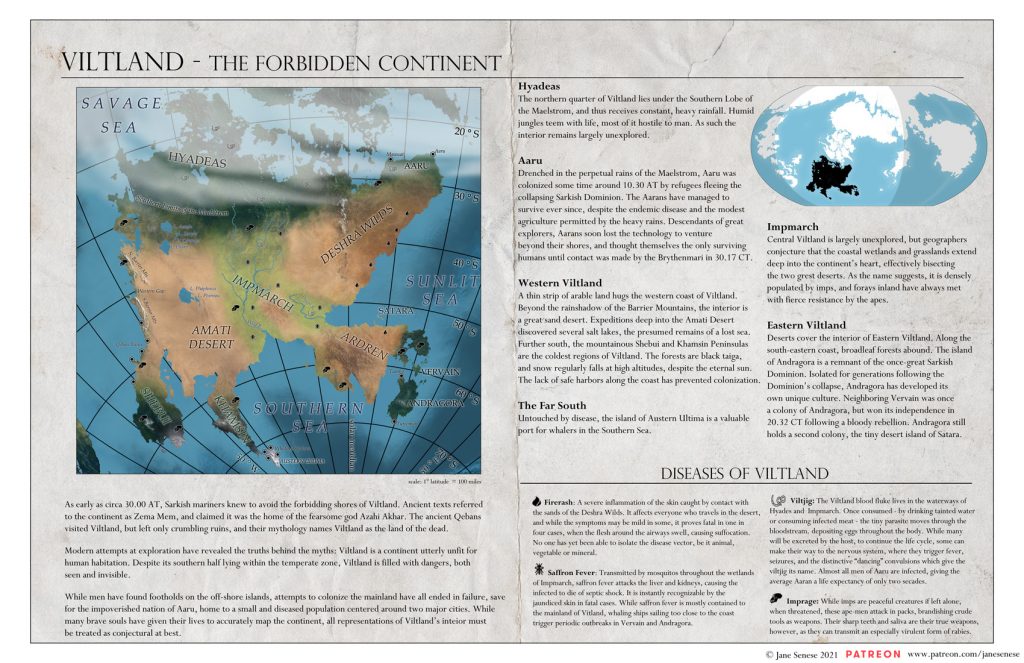