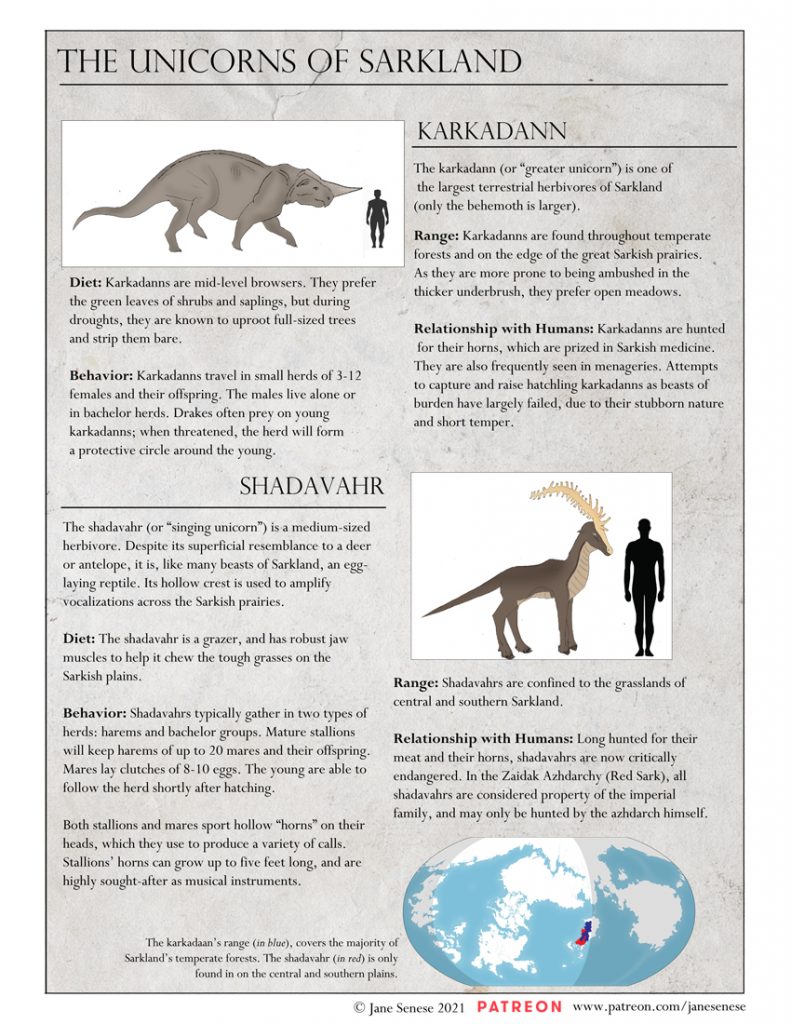 In keeping with my tradition of populating Bifrons with animals inspired by medieval bestiaries, here are the unicorns of Sarkland, inspired by the mythological karkadann and the shadhavar of Persian mythology.

Being so isolated, Sarkland is my “lost world” playground, where I get to indulge my love of dinosaurs. Perhaps once more of Bifrons had archosaurs, but they went extinct over the eons, and only those in Sarkland survived.

Much as the mythlogical karkadann is obviously based off a rhinoceros (kargadan means rhinoceros in Persian and Arabic), I based my Sarkish karkadann on rhinos and ceratopsian dinosaurs. My shadavahr is a cross between a deer and a parasaurolophus, with the mythological shadhavar’s (yes, the switched-around spelling is intentional – I already had several -ahr words linked to Sarkland and wanted to keep a theme) multi-pronged horn in place of a hadrosaur’s crest.